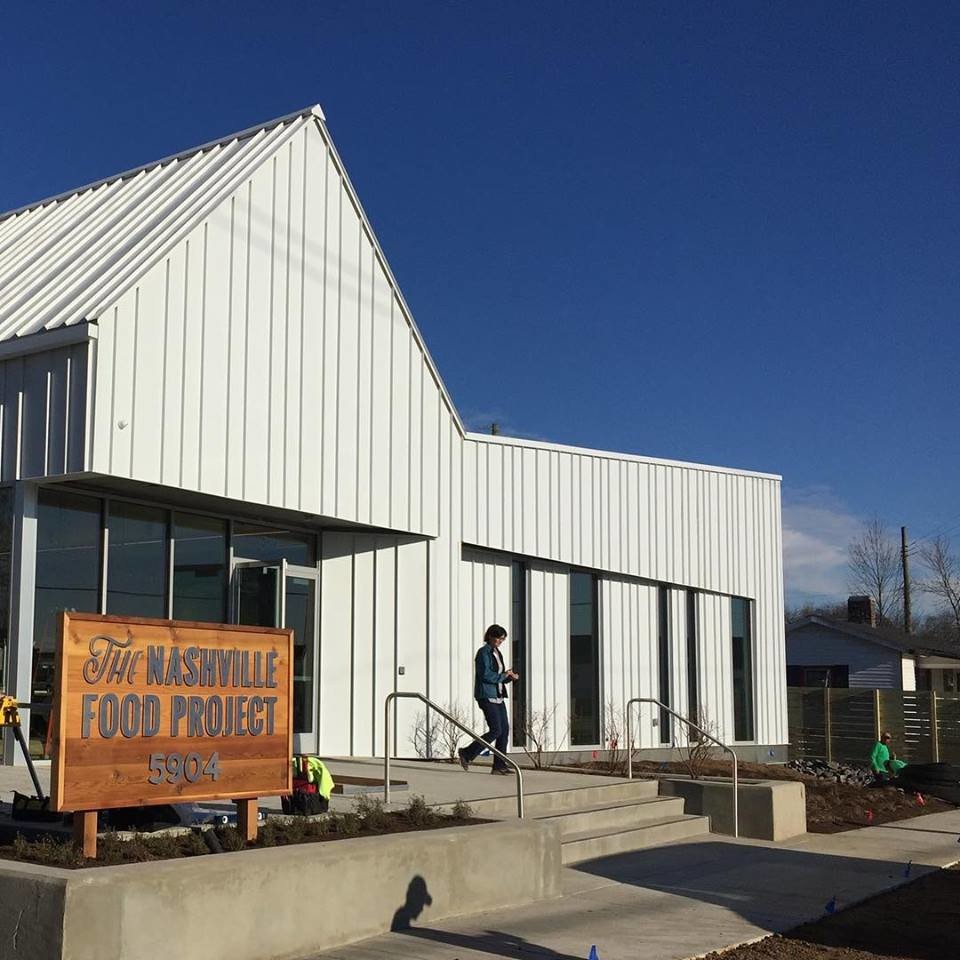 After a decade operating out of a building on the grounds of Woodmont Christian Church — initially as a local arm of the Austin, Texas-based nonprofit Mobile Loaves & Fishes — the Nashville Food Project has made the move to its own new headquarters.  Built by R.C. Mathews Contractor and designed by Gresham Smith, the NFP's new building is in West Nashville at 5904 California Ave. To accomplish the move, the organization undertook an aggressive $5 million capital campaign to build a space where they can “continue to grow and adapt to our community's food system needs.”

Nashville Food Project's reach goes beyond just cooking and distributing meals to serve vulnerable members of the Nashville community. Through the years, the group has expanded its scope to address culinary and educational education as well as establishing neighborhood gardens to encourage self-sufficiency.

After the NFP board set the aggressive capital campaign to acquire the land, design and construct the building, and furnish it with offices and a commercial kitchen that is befitting of the amazing work it does, a host of volunteers set to work to help raise the money. By last fall, they were more than halfway there, and work was well underway. The entire campaign is known by the moniker “A Longer Table” — which comes from the adage “when you have more than you need, build a longer table, not a taller wall.”

The campaign has passed the $4 million mark, and more importantly, construction has been completed. The staff has moved in ,and meals are now being cooked at the new facility. While the Nashville Food Project still welcomes donations to the campaign at the Longer Table website, now is the time to celebrate, and you’re invited.

On Sunday, Jan. 27, there will be an official building dedication from 2-4 p.m. at a free family-friendly afternoon of food, facility tours and celebration. If you’d like to join in the joyous occasion, let them know you're coming by sending an RSVP at the event website.